This is one of the weirdest stories ever, it is a bout Toad, a five-year-old dog, who was taken by the Oklahoma City Animal Welfare, a rescue shelter. 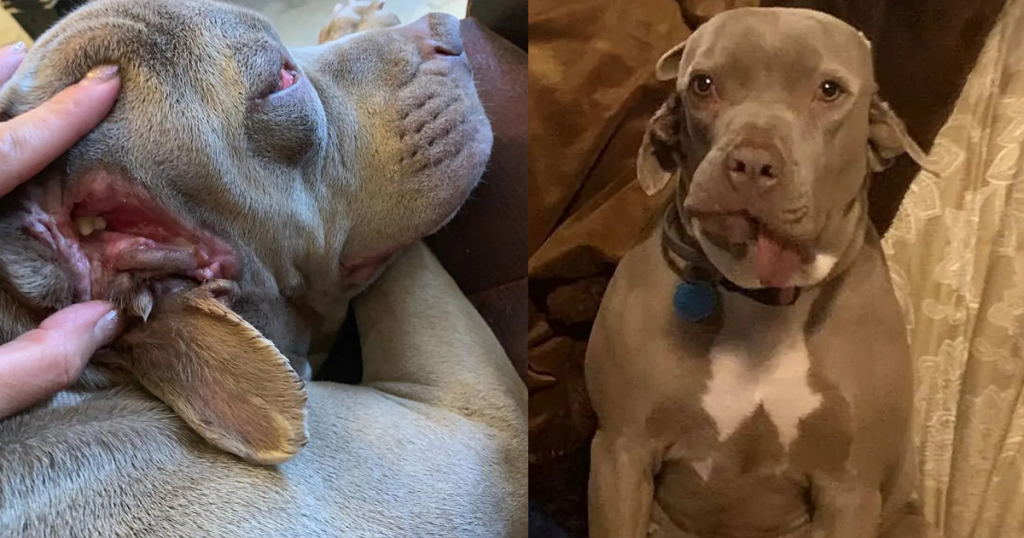 It was obvious that the dog was abandoned as she had very unique features. The dog had a 2nd mouth growing in the place of an ear! The month even had salivated and teeth. 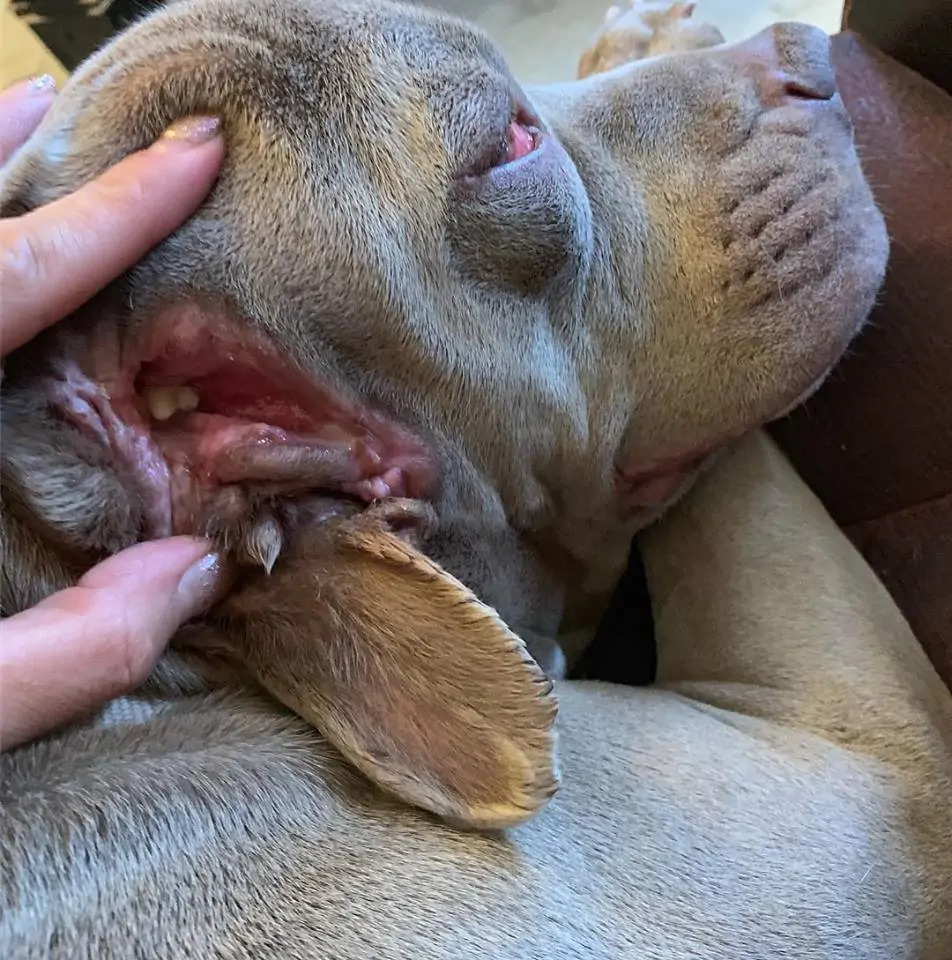 Toad was then moved to a rescue and charity center called Mutt Misfits that specifically cares of dogs with sevee medical conditions and issues. At the rescue center they discovered that Toad wasn’t an ordinary dog. The charity’s co-founder, Heather Hernandez, who also adopted Toad said that when Toad came to the shelter, it was her first time to see her.

They were able to remove some broken teeth from her second mouth as she was uncomfortable because of them. But, 2 main teeth were left as they are attached to the dog’s skull. The second mouth, that is unnatural, does not actually close or open.